Although citizenship guarantees certain rights, access to them has been unequal. 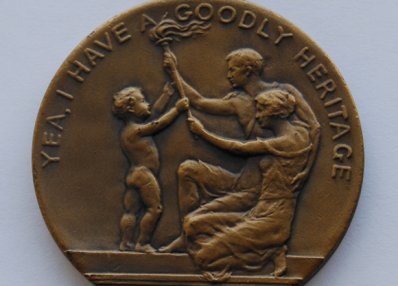 For example, some citizens have been sterilized, warehoused, euthanized, and imprisoned because their voices, brains, and bodies were not acceptable to their communities.

With the popularity of social Darwinism and the ideas of Herbert Spencer—the doctrine of “survival of the fittest”—in the late 19th century, acceptance of people with disabilities diminished. Respect for and aid to people with disabilities and the poor eroded. At the same time, many people believed that criminal and other behaviors or traits, such as addiction and homosexuality, were inherited. Eugenicists justified eliminating the “unfit” by citing the betterment of society.

The idea of creating “better citizens” is called eugenics and became popular in the 1880s. Eugenic ideas were embraced by scientists, politicians, feminists, and many others, including Alexander Graham Bell, Woodrow Wilson, Victoria Woodhull, and Thomas Edison. In 1907, Indiana became the first state with a forced sterilization law, allowing doctors to castrate or sterilize people in institutions against their will. The Supreme Court’s 1927 Buck v. Bell decision upheld such laws. By the 1970s more than 60,000 individuals had been forcibly sterilized under thirty-three state laws. 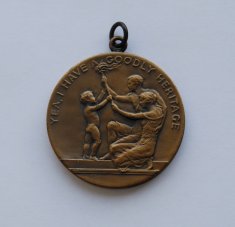 In the 1920s, many county fairs held Fitter Families contests that highlighted “good breeding.” The entrants provided information about their families, answered intelligence questions, and displayed their offspring. This bronze medal has parents and a child holding a torch. 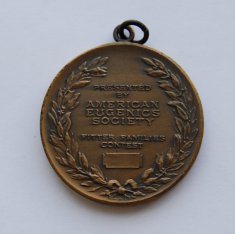 The back of the bronze Fitter Family medal has an olive wreath and indicates that is was presented by the American Eugenics Society. 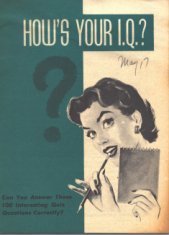 After psychologists introduced intelligence tests in the early 1900s, IQ (intelligence quotient) and terms such as moron and imbecile became ways to stigmatize people. This booklet illustrates the popularity of measuring IQ in parlor games and advertising products. 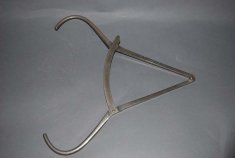 Anthropometry, or measuring bodies to connect body type to traits and behaviors, became popular in the late 1800s. Social scientists used calipers, a sliding, curved metal gauge, to measure the distance across a mass, such as an arm or head. They used the results to judge intelligence, criminality, race, deviance, and similar categories. 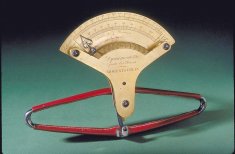 A dynamometer, such as this gauge with a taut hand grip, measured strength. Eugenicists used biometric correlations from such instruments to support racial, cultural, and physical hierarchies. 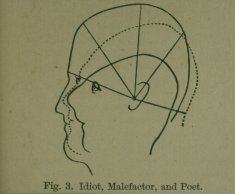 In this illustration from a phrenology textbook, superimposed cranial angles illustrated supposed physical differences between an “idiot, malefactor, and poet.” 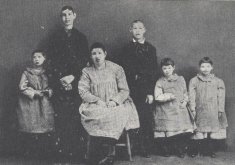 These boys and girls from the Minnesota School for the Feeble Minded at Faribault were selected to illustrate physical differences, such as proportionally small heads and large ears. “Mongoloid” referred to certain cognitive and developmental disabilities. 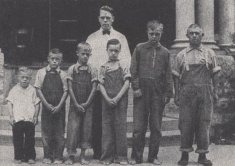 Eugenic ideas reflected fears about the decline of Euro-American culture, among other things. In this image, six barefoot young people pose with an adult. The children appear to have developmental or cognitive disabilities and would have been interpreted as genetic failures.

These troops at New Cumberland, Pennsylvania, take the intelligence test required for enlistment since World War I. 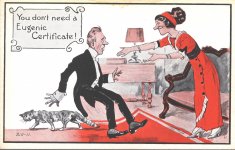 A woman opens her arms to a surprised suitor with the caption “You don’t need a eugenic certificate!” 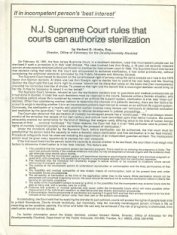 The legality of involuntary sterilization remains controversial, illustrated by this flyer “New Jersey Supreme Court rules that courts can authorize sterilization.” As recently as 1983, fifteen states had sterilization laws related to people with disabilities.

New Jersey Office of Advocacy for the Developmentally Disabled 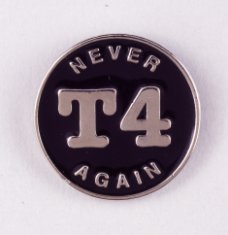 T4, short for the address Tiergarten 4, was the group of Nazi psychiatrists and physicians in charge of killing more than 100,000 people with disabilities. A group of activists who oppose euthanasia and physician-assisted suicide created this pin. 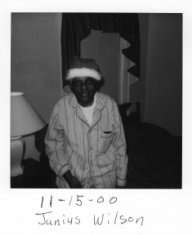 Junius Wilson, a deaf man from North Carolina, was falsely accused of attempted rape in the early 1900s. At his trial, no members of the deaf-culture community testified. He was incorrectly judged incompetent and sentenced to indefinite imprisonment. In 1931, Wilson was castrated. 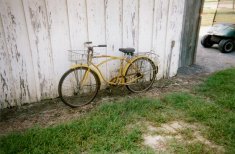 Over the years, Wilson earned money, purchased bicycles, and rode around the hospital grounds on this yellow Schwinn. In the 1990s, Wilson’s social worker successfully brought a legal suit against the state, alleging wrongful incarceration and exposing decades of neglect.