Laws are an expression of collective values. 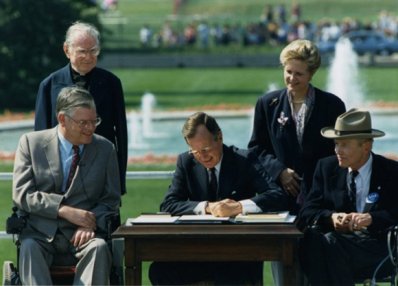 Laws may not immediately change attitudes but they direct citizens’ behavior. Three of the most significant disability rights laws are:

The Rehabilitation Act of 1973

This law guaranteed equal opportunities to people with disabilities and committed the federal government to affirmative actions on their behalf.

Popularly known as the IDEA Law. This law broke the routine of institutionalization and the limitations of "special education" by guaranteeing every student "a free and appropriate education … in the least restrictive environment."

The 1990 ADA (Americans with Disabilities Act)

This landmark legislation provided sweeping civil rights protections for people with disabilities, who had not been included in important legislation such as the 1964 Civil Rights Act and the 1965 Voting Rights Act.

The Americans with Disabilities Act (ADA)

It is one of the most significant civil rights documents of the 20th century. Its purpose was to end discrimination and reduce the barriers to employment and education for people with disabilities. The ADA’s importance lies in how it led to the re-shaping of the physical environment and to communications access, and in the passion of the thousands of people who struggled for the rights embodied in it.

Immigration laws singled out people with disabilities. For example, although Martha’s Vineyard had a thriving community of English immigrants with a recessive gene for deafness who had settled there in the 1630s, in 1701 the colonial Massachusetts government passed the first of many laws preventing "lame, impotent or infirm persons, or those incapable of supporting themselves" from settlement. Such exclusionary laws forced families to either leave a member behind, fake “normalcy,” or risk deportation. Most bans based on race and ethnicity have been removed, but restrictions based on disability continue to this day. 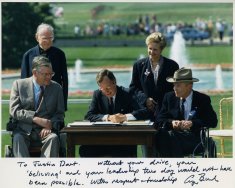 On a beautiful sunny day on the South Lawn of the White House, President George H. W. Bush, flanked by activists Evan Kemp and Justin Dart, signs the ADA. Bush inscribed this photo to Justin Dart, noting his leadership and drive for disability rights. 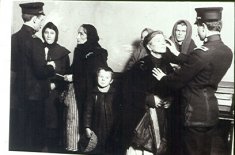 Laws have prohibited people from entering the United States because they were perceived as dangerous, inferior, or unhealthy. These agents are inspecting a group of women for the contagious eye disease trachoma.

Courtesy of Library of Congress 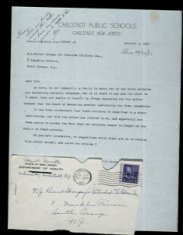 A New Jersey school nurse sent this letter to the “Parents Group for Retarded Children” asking for help when a mother refused to accept that her children should be institutionalized rather than educated in school.

Courtesy of The ARC of Bergen and Passaic County 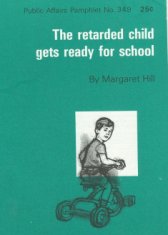 This booklet is entitled “The Retarded Child Gets Ready for School.”

The words on this bumper sticker are “Free Our People. A.D.A. The Americans with Disabilities Act. To Boldly Go Where Everyone Else Has Gone Before.” 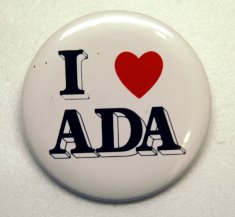 White button with a red heart and black letters 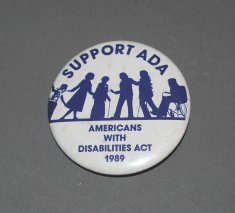 People with various disabilities are silhouetted on this blue and white button. 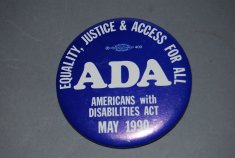 “Equality, Justice & Access for All, Americans with Disabilities Act, May 1990” reads this blue and white button. 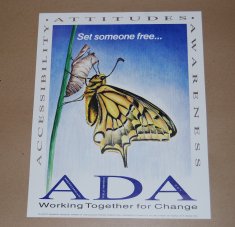 The President’s Committee on the Employment of People with Disabilities produced this poster of a butterfly emerging from its cocoon and the words “Set Someone Free. ADA. Working Together for Change.” 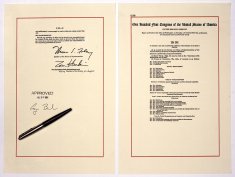 Congress produces a limited number of commemorative, “red-lined” copies of laws for esteemed people involved. This is a copy of the ADA and one of the five pens President Bush used to sign the law; it was given to Justin Dart. 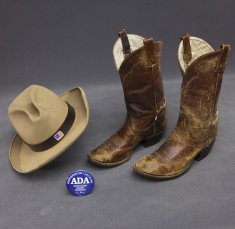 Activist Justin Dart wore these during the signing of the ADA. He purchased his signature beige cowboy hat in Austin, Texas, around 1985 and his leather boots in 1979.