Loss of autonomy and self-determination could be extreme in institutions. 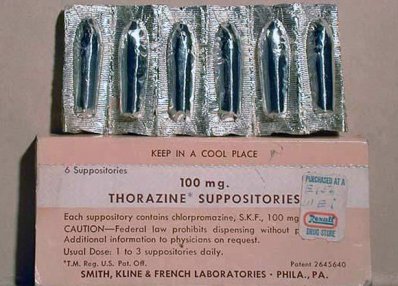 In the 1950s, over half a million people with disabilities lived in institutions. The movement to release people into group homes or their own homes, begun in the 1970s, continues and is still controversial.

Physical restraint of disruptive and rebellious people and as punishment included straight jackets, shackles, and confinement in cells. Physicians used surgical interventions as well. Destruction of the prefrontal lobe, using a lobotomy knife, was a common procedure in the mid-20th century. Doctors also tried mechanical and chemical ways to “quiet” or re-direct brain activity, such as electroconvulsive shock and the repeated induction of insulin comas. Antipsychotic drugs, such as thorazine, developed in the 1950s radically changed treatment of people with mental illnesses. Thorazine and dozens of other pharmaceuticals slowly replaced older therapies and led to the closing of asylums in the 1970s. 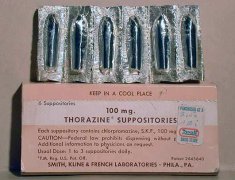 Thorazine is an antipsychotic drug sometimes called a “chemical straight jacket” because of its effects. The suppositories wrapped in foil from this box purchased at a Rexall Drug Store were administered through the rectum. 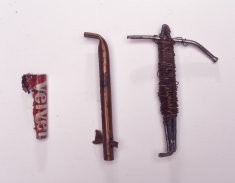 These homemade keys were confiscated from people at the Winnebago Mental Health Institute in Wisconsin. They are made of randomly found materials, such as copper wire, carpenter nails, and a piece of tin can. 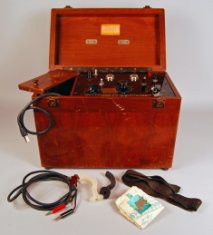 Electric shock treatment for various psychiatric illnesses was popular from the 1940s to the 1980s. This wooden box contains the heavy regulator for the current and the electrodes that attached to a person’s temples where the electricity disrupted brain activity. 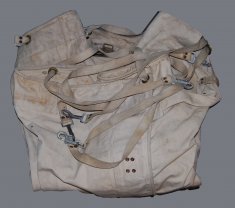 Restraint of patients took many forms, from Benjamin Rush’s tranquilizing chair of the 1790s to isolation cells, chains, and medication. This stiff canvas bed restraint has webbing ties and weighs about twenty pounds.