For many persons with a disability, the greatest struggle is to have others accept them as human. 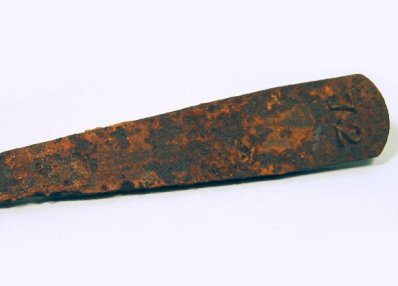 Being one among many could be difficult for people living far from home, without either the capacity for independent action or a means for personal development. The common institutional practice at state hospitals of burying the dead without name or date indicated the extreme of this loss of individuality.

This stake is from the racially segregated cemetery at the state asylum in Milledgeville, Georgia. All of the markers were removed in the 1960s to facilitate groundskeeping. For minimal record-keeping, numbers were used twice. Stake 72 marked the grave of either Nathaniel Cowart (white) or Sarah Savage (African American), both of whom died in 1882.

Bertha Flaten (1875-1905) was institutionalized because she had seizures. When she died, a cast-concrete marker with the number 7 was placed on her grave. There are many thousands of such graves around the United States. Through the efforts of former hospital inmates and family members, anonymous markers at the Faribault State School and Hospital (where Flaten was) and at other sites are being replaced with markers that properly honor the deceased.

Previous Page: Inside
Next Page: Community 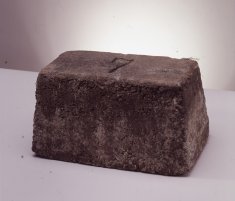 Many years after her death at the Faribault State Hospital, Bertha Flaten’s family removed this marker and replaced it with one with her name and dates.

This rusted iron stake from the segregated cemetery at the state asylum marked the grave of either Nathaniel Cowart (white) or Sarah Savage (African American).

According to this record, Bertha Flaten was admitted to the hospital in 1894. She had a seizure disorder, paralysis on the right side, and was treated with chloroform.