Questions about where people belong and who decides have created tension throughout American history. 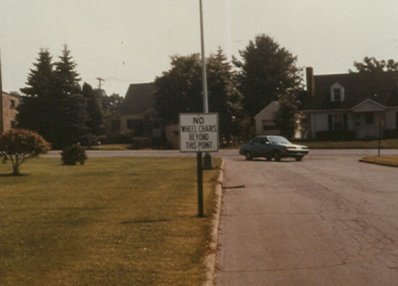 In the Early Republic, the new American government organized ways to address differences among the population. Regulations on commerce, property, and other affairs were revised to support a rapidly expanding economy. Some Americans also concluded that those who were different, vulnerable, or less powerful should not have certain legal protections.

Hospitals had set aside wards for people with mental illness since the mid-18th century. The infamous removal of Cherokee, Seminole, and other Indians in the Southeast in the early 1800s further demonstrated cultural agreement on how to deal with differences. Removal of people with disabilities from their original communities started then as well. One of the first institutions was the Connecticut Asylum for the Instruction of Deaf and Dumb Persons in 1817. Ambitious construction of asylums, hospitals, and specialized schools continued throughout the century.

Previous Page: Outside
Next Page: Inside 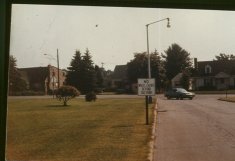 “No Wheelchairs Beyond this Point,” 1970s

This neighborhood street sign from an unidentified location captures both the depth and absurdity of public concern about people with disabilities. 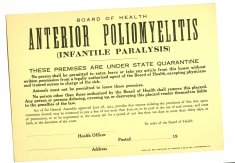 Laws for protection of the public’s health date back hundreds of years. People who have contagious or possibly dangerous diseases can be legally restricted to their homes, involuntarily removed to institutions, barred from public places, or required to take treatment. 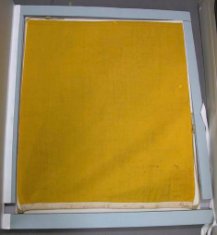 Before effective treatments for diseases such as cholera, malaria, and yellow fever, ships transporting ill persons remained in quarantine off-shore. They flew a yellow flag such as this one to indicate that no one could depart or come aboard. 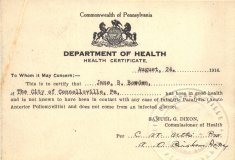 This card signed by the Commissioner of Health states that the bearer has not been in contact with anyone with polio. During the 1916 epidemic in the Northeast, people needed such cards because travel was restricted.

Disability has often been grouped with other stigmatized categories. This brochure from the Children’s Bureau, entitled “Community Care of Dependent, Delinquent, and Handicapped Children,” depicts a woman draped in classical flowing garment holding hands with two children similarly clothed. 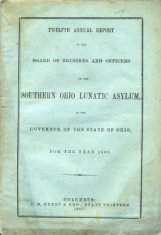 Institutions were required each year to account for their activities, budgets, and patients. 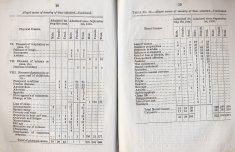 According to this report, people were admitted for insanity caused by such things as lung disease, menstrual problems, drinking, business problems, and domestic trouble.

In 1903 the federal government opened the Hiawatha Asylum for Insane Indians. Native Americans from fifty tribes were placed together in the institution. 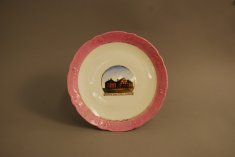 The asylum closed in 1934, after investigations revealed deplorable conditions, severe neglect, and physical abuse, as well as the ongoing detention of persons showing no signs of mental illness. A local drugstore sold souvenir plates depicting the asylum.