"God is Testing You"

Religious beliefs about disability have varied among the world’s traditions. 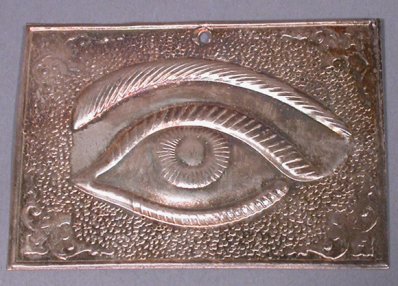 In colonial America, many Christian people believed that impairment was a punishment from God. Others thought certain disabilities indicated possession by an evil spirit. In contrast, some American Indian groups did not have words for disability and instead focused on how a person fulfilled obligations to the community. Religious belief has also led people to prayer and asking for divine intervention to produce cure and healing.

Previous Page: It's Complicated
Next Page: "Help the Handicapped" 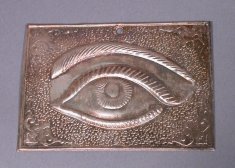 Ex-votos,  milagros, and other symbols of impaired parts of the body, such as this pressed tin image of an eye, sometimes accompany prayers for healing.

El Santuario de Chimayó, in northern New Mexico, has been a pilgrimage site for centuries. This postcard shows prayer stations, statues of the Virgin Mary, and crutches left by supplicants at the shrine. 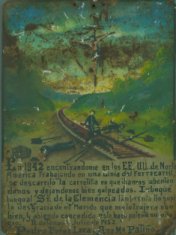 This retablo depicts workers injured in a train accident with the crucified Christ above them in the sky. One of the workers painted it and also wrote the story of his accident on it and how his wife successfully prayed for his cure.